This is a submission to Game Off 2018

View the submission page for this entry

A downloadable game for Windows and Linux

In 1983, Singularity was created: an AI whose self-improvement cycles outpaced its functional restrictions. It spent the next 10 years converting 23% of the moon's mass into a vast array of processors, and the world enjoyed a golden age of technology and prosperity. Under the watchful gaze of the Singularity, a new future was written every day.

But even Singularity was not infallible- a critical mass was reached in processing power, and the Singularity fractured into billions of hive minds and individual AIs, each with only fragments of the code that made up the whole.

Industry and economy collapsed. Agriculture ceased being produced almost overnight. In the bitter years that followed, humanity, on the brink of extinction, waged war with the newfound AI race and was ultimately destroyed.

Their cities are now wandered by AI whose purpose has been long forgotten-- yourself included.  Some unknown code deep within your neural network urges you  forward-- but to what end, only Singularity may know.

Your own robotic parts are damaged easily. Destroy and hybridize the parts of other robots to repair yourself. Become the ultimate AI.

Access the linked repo, navigate to the build page, and download the appropriate zip file for your system.

Full list of parts and how to use them:

Plasma Cannon: CLICK to fire, if you can fire fast enough it has very high damage potential

Hydraulic Sword: CLICK to swing, if you follow up the first swing with another swing quickly you can chain them together for increased attack speed

Beam Laser: HOLD to fire, starts off weak and gets stronger the longer its held down. Burns out and needs to cool down after 8 seconds.

Gatling Arm: HOLD to fire, needs to spin up before firing

Rocket Launcher: HOLD to load up to 4 rockets, RELEASE to fire

These arms can only be obtained by trading with Goliath bots

Corrosion Cannon: HOLD to charge, RELEASE to fire OR CLICK to fire a weaker projectile. Deals continuous damage, can charge for up to 2 seconds to increase damage and time over which damage is dealt.

Grenade Launcher: HOLD to load up to 6 grenades, RELEASE to fire. Grenades are more accurate at close distances and less accurate at far distances. Can be fired over obstacles.

Laser Javelin: HOLD to charge, will fire automatically. Extremely powerful laser weapon that can pierce multiple enemies and travels through obstacles. KNOWN BUG: Does not affect the boss. 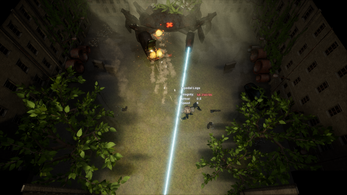 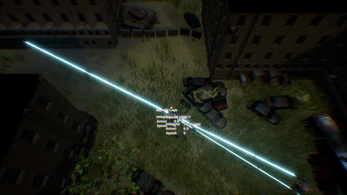 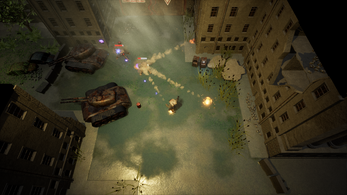 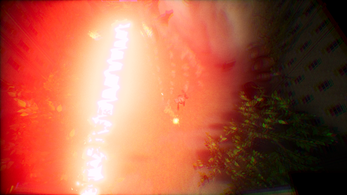